Passionate, driven and a dynamic force at the heart of Metallica, co-founding member Lars Ulrich is never far from the epicenter of all-things Metallica. Lars was surrounded by the arts and creativity from childhood, his father Torben a noted Danish jazz critic, artist and professional tennis player (legendary jazz saxophonist Dexter Gordon is Lars’ godfather). With this infused combination of curiosity, talent and freedom, Lars found himself at a Deep Purple show when he was 10, playing drums when he was 13 and (after a family move from Copenhagen to Newport Beach, CA), running an early version of Motörhead’s US Fan Club for a brief spell of time and venturing in the UK as a teenager following the New Wave of British heavy Metal during the summer of 1981, crashing out on Diamond Head’s Stourbridge sofas!

His introduction to James Hetfield led to this (on the surface) unlikely duo forming a brotherly bond which has seen them help each other to ride through the sorts of triumphs and tribulations which have blown other bands apart. Particularly adept at arrangements, composition and the ability to both frame and edit ideas into cohesive pieces, Lars is a vital part of the songwriting core. He is also a supreme communicator, adept at handling all matters out of the studio and off the stage, and being the self-confessed biggest fan of Metallica, it has seen him surface at critical points in the band’s career to both protect and inspire the creative interests of the band.

Lars holds many hobbies away from the band. An avid tennis player, skier and scuba diver (it’s that ‘seeker spirit’ surfacing again!), Lars also loves film and art, but his greatest happiness is when he’s with his wife Jessica and children Myles, Layne and Bryce. 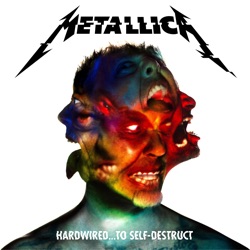