Luke Laird is a GRAMMY® winning producer and hit songwriter. Since moving to Nashville from a small farming town in Pennsylvania, Luke has been hailed as one of the top songwriters in the industry with 20 Billboard® No. 1 singles, 2 Billboard No. 1’s as a producer and he was named this year’s ACM Songwriter of the Year and the BMI Songwriter of the Year in 2012. As a songwriter, he has had over 100 album cuts and 38 radio singles – 24 of which have hit the Top 5. In his career, Luke has had three separate years where every one of his singles peaked at No. 1 on the Billboard® charts. Luke currently writes for and co-owns Nashville-based publishing and management company, Creative Nation with his wife, Beth.

Among his producing credits, Luke co-produced Kacey Musgraves’ debut album, Same Trailer, Different Park, which released in 2013. The following year he received a GRAMMY® for Best Country Album and an ACM Award for Album of the Year for the project. In 2015, Luke returned to the studio to co-produce Kacey’s critically-acclaimed sophomore album, Pageant Material.

Last year Luke was nominated for two GRAMMY® Awards, two ACM Awards, two CMA Awards, was a recipient of the CMA Triple Play Award and received two NSAI Songs I Wish I Would Have Written Awards. He was most recently nominated for Best Country Song for “Diamond Rings and Old Barstools” (Tim McGraw) and Best Country Album for co-producing Pageant Material (Kacey Musgraves) at the 2016 GRAMMY® Awards.

See ALL OF LUKE LAIRD'S Songs in the Catalog 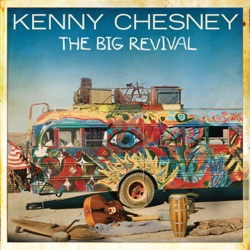