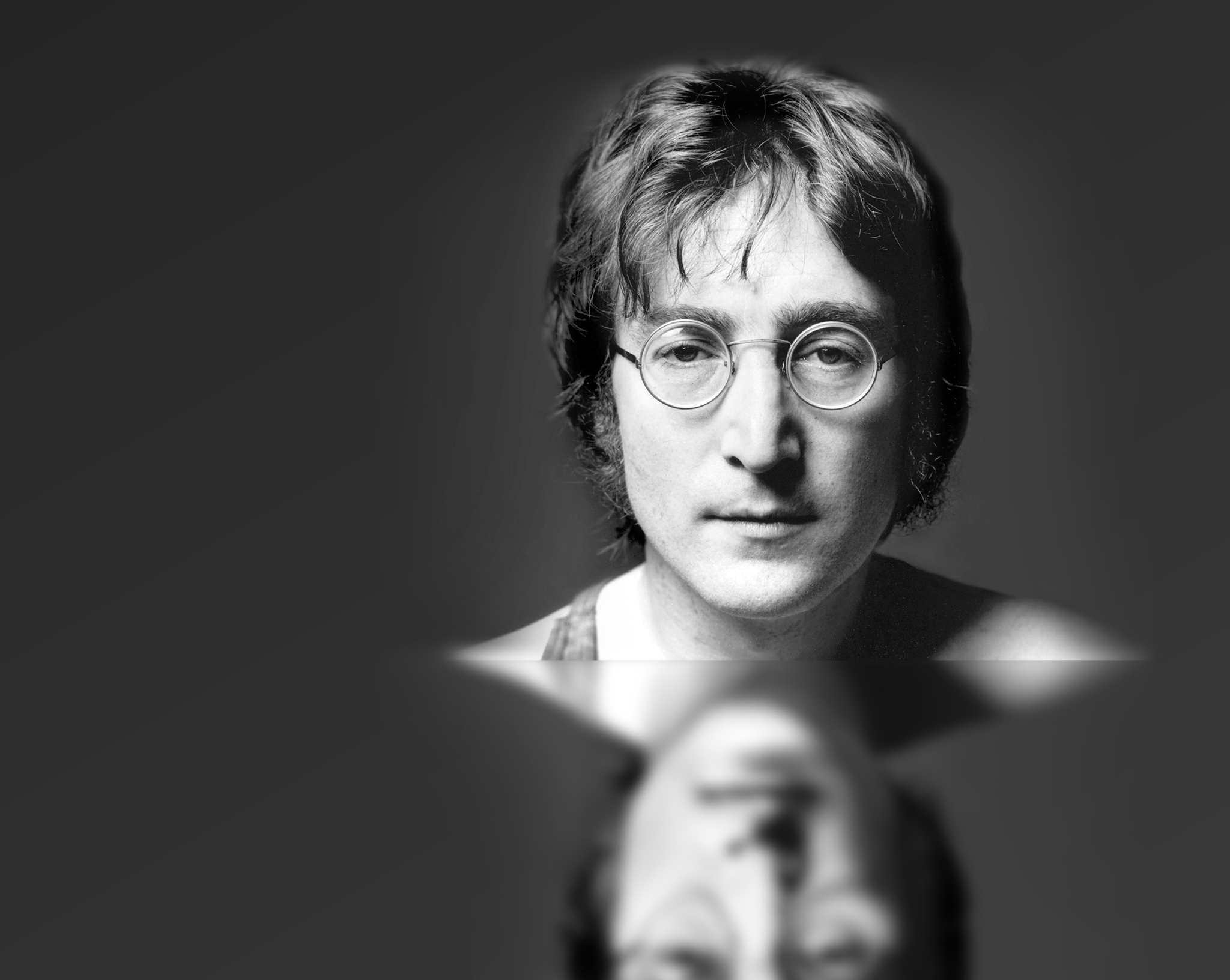 If John Lennon had only been one of the four members of the Beatles, his artistic immortality would already have been assured. The so-called “smart Beatle,” he brought a penetrating intelligence and a stinging wit both to the band’s music and its self-presentation. But in such songs as “Strawberry Fields Forever,” “Norwegian Wood (This Bird Has Flown),” “Rain” and “In My Life,” he also marshaled gorgeous melodies to evoke a sophisticated, dreamlike world-weariness well beyond his years. Such work suggested not merely a profound musical and literary sensibility – a genius, in short — but a vision of life that was simultaneously reflective, utopian and poignantly realistic.

While in the Beatles, Lennon displayed an outspokenness that immersed the band in controversy and helped redefine the rules of acceptable behavior for rock stars. He famously remarked in 1965 that the Beatles were “more popular than Jesus” – a statement that was more an observation than a boast, but that resulted in the band’s records being burned and removed from radio station playlists in the U.S. He criticized America’s involvement in Vietnam, and, as the Sixties progressed, he became an increasingly important symbol of the burgeoning counterculture.

But it was only after the breakup of the Beatles in 1970 that the figure the world now recognizes as “John Lennon” truly came into being. Whether he was engaging in social activism; giving long, passionate interviews that, once again, broadened the nature of public discourse for artists; defining a new life as a self-described “househusband;” or writing and recording songs, Lennon came to view his life as a work of art in which every act shimmered with potential meaning for the world at large. It was a Messianic attitude, to be sure, but one that was tempered by an innate inclusiveness and generosity. If he saw himself as larger than life, he also yearned for a world in which his ego managed at once to absorb everyone else and dissolve all differences among people, leaving a Zen-like tranquility and calm. “You may say I’m a dreamer, but I’m not the only one,” he sang in “Imagine,” which has become his best-known song and an international anthem of peace. “I hope someday you’ll join us, and the world will live as one.”

Such imagery, coupled with the tragedy of his murder in 1980, has often led to Lennon’s being sentimentalized as a gentle prince of peace gazing off into the distance at an Eden only he could see. In fact, he was a far more complex and difficult person, which, in part, accounts for the world’s endless fascination with him. Plastic Ono Band (1970), the first solo album he made after leaving the Beatles, alternates songs that are so emotionally raw that to this day they are difficult to listen to with songs of extraordinary beauty and simplicity. Gripped by his immersion in primal-scream therapy, which encouraged its practitioners to re-experience their most profound psychic injuries, Lennon sought in such songs as “Mother” and “God” to confront and strip away the traumas that had afflicted his life since childhood.

And those traumas were considerable. Lennon’s mother, Julia, drifted in and out of his life during his childhood in Liverpool – he was raised by Julia’s sister Mimi and Mimi’s husband, George – and then died in a car accident when Lennon was seventeen. His father was similarly absent, essentially walking out on the family when John was an infant. He disappeared for good when Lennon was five, only to return after his son had become famous as a member of the Beatles. Consequently, Lennon struggled with fears of abandonment his entire life. When he repeatedly cries, “Mama, don’t go/Daddy come home,” in “Mother,” it’s less a performance than a scarifying brand of therapeutic performance art. And in that regard, as well as many others, it revealed the influence of Yoko Ono, whom Lennon had married in 1969, leaving his first wife, Cynthia, and their son Julian in order to do so.

The minimalist sound of Plastic Ono Band was significant too. Lennon had come to associate the elaborate musical arrangements of much of the Beatles’ later work with Paul McCartney and George Martin, and he consciously set out to purge those elements from his own work. Co-producing with Ono and the legendary Phil Spector, he built a sonic environment that could not have been more basic – guitar, bass, drums, the occasional piano — whatever was essential and absolutely nothing more. Lyrically, he turned away from the psychedelic flights and Joycean wordplay of such songs as “I Am the Walrus” and “Lucy in the Sky With Diamonds” – as well as his books, In His Own Write and A Spaniard in the Works — and toward a style in which unadorned, elemental speech gathered poetic force through its very directness.

On his next album, Imagine (1971), Lennon felt confident enough to reintroduce some melodic elements reminiscent of the Beatles into his songs. Working again with Ono and Spector, he retains the eloquent plainspokenness of Plastic Ono Band, but allows textural elements such as strings, to create more of a sense of beauty. The album’s title track alone ensured its historical importance; it is a call to idealism that has provided solace and inspiration at every moment of social and humanitarian crisis since it was written.

From there Lennon turned to a style that was a sort of journalistic agit-prop. Sometime In New York City (1972) is as outward-looking and blunt as Imagine was, for the most part, soft-focused and otherworldly. As its title suggests, the album reflects Lennon’s immersion in the drama and noise of the city to which he had moved with Yoko Ono. And as its cover art suggests, the album is something like a newspaper – a report from the radical frontlines on the political upheavals of the day. His activism would create enormous problems for Lennon, however. The Nixon administration, paranoid about the possibility that a former Beatle might become a potent leader and recruiting tool of the anti-war movement, attempted to have Lennon deported. Years of legal battles ensued before Lennon finally was awarded his green card in 1976.

Lennon’s political struggles unfortunately found their match in his personal life. He and Ono split up in the fall of 1973, shortly before the release of his album, Mind Games. He moved to Los Angeles and later described the eighteen months he spent separated from Ono as his “lost weekend,” a period of wild indulgence and artistic drift. Like Mind Games, the albums he made during this period, Walls and Bridges (1974) and Rock N Roll (1975), are the expressions of a major artist seeking, with mixed results, to recover his voice. None of them lack charm, and their high points include the lovely title track of Mind Games; Walls and Bridges’ “Whatever Gets You Through the Night,” a rollicking duet with Elton John that gave Lennon his first number-one single as a solo artist; and the sweet nostalgia of Rock N Roll, a covers album that was Lennon’s tribute to the musical pioneers of his youth. But none of those albums rank among his greatest work.

In 1975, Lennon reunited with Ono, and their son Sean was born later that year. For the next five years, Lennon withdrew from public life, and his family became his focus. Then, in 1980, he and Ono returned to the studio to work on Double Fantasy, a hymn to their life together with Sean. The couple was plotting a full-fledged comeback – doing major interviews to support the album’s release, recording new songs for a follow-up, planning a tour. Then, shockingly, Lennon was shot to death outside the apartment building where he and Ono lived on the night of December 8, 1980.

See ALL OF JOHN LENNON'S Songs in the Catalog 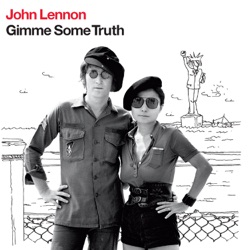 CHAMPAGNE POETRY
Global Music Rights represents 16.66%
100108573
Show All 241 Songs
All are covered by a Blanket License