Best known as a founder of the legendary rock band, the Eagles, as well as an influential solo artist, Don Henley has maintained an extraordinary commitment to music and to various philanthropic efforts throughout his career, including a dedication to environmental issues and artists’ rights.

As a solo artist and as a member of the Eagles, Don Henley has received countless accolades, numerous gold and platinum records and performed sold-out concert tours worldwide. A highly-respected musical artist, Henley launched his solo career in 1982 with his debut album I Can't Stand Still, featuring the hit single "Dirty Laundry." 1984's Building The Perfect Beast yielded four hit singles, garnered five GRAMMY® nominations and won the award for Best Rock Vocal Performance, Male for "The Boys Of Summer." The artist's track record continued unabated with 1989's The End Of The Innocence, which yielded three more hits, including the title track, and brought Henley another Best Rock Vocal GRAMMY® Award. Henley is a founding member, vocalist and songwriter of the Eagles. The group was inducted into the Rock & Roll Hall of Fame in 1998.

Don Henley toured with the Eagles through July 29, 2015 following the release of the band’s acclaimed documentary, History of the Eagles. His first solo album in 15 years, Cass County, was released on September 25, 2015, followed by a brief U.S. tour. Named for the northeastern Texas county in which Don Henley was raised, Cass County represents both his roots and the next stop on his creative journey. Don is touring in Europe and North America throughout the summer and fall. Check www.donhenley.com for more information. 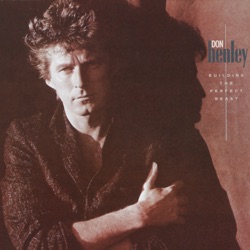