Pharrell Williams is a creative force, using music, fashion, and design to express his distinctive style. From his beginnings as a teenage prodigy and multi-instrumentalist in Virginia Beach back in the early ’90s, through enough hits to earn him Billboard®’s Producer of the Decade in 2010, to his current status as multi-media superstar, Williams has never stopped creating. Starting his producing career as one half of The Neptunes with Chad Hugo, Williams has helped create such classics as “Daft Punk’s “Get Lucky,” Robin Thicke’s “Blurred Lines,” Nelly’s “Hot in Herre,” Jay-Z’s “I Just Wanna Love U (Give it 2 Me),” Britney Spears’s “I’m A Slave 4 U,” and Justin Timberlake’s “Like I Love You.” With over 100 million copies of his productions sold, his music sounds like something no one else has thought of just yet. He’s also created a new way of looking at established stars like Snoop Dogg, Madonna, and even the Rolling Stones. Over four albums, Williams and Hugo along with Shae Haley created an unpredictable hybrid as part of the alt-rock/hip-hop group N.E.R.D. The music industry has honored Pharrell with 11 Grammy® Awards (including 2004’s and 2014’s “Producer of the Year”) and ASCAP’s prestigious Golden Note Award in 2012. He also received a 2014 Academy Award Nomination for his original song “Happy” featured in the animated film Despicable Me 2. “Happy” remained atop the Billboard® Hot 100 chart for ten consecutive weeks, peaked at #1 on iTunes in 103 markets worldwide, and was the lead single off his Grammy® nominated album, “G I R L.”

See ALL OF PHARRELL WILLIAMS' Songs in the Catalog 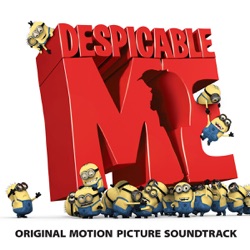