There is a signature richness and power to the music that Bob Seger has been making for four decades. Seger has always stayed true to his legendary sound, effortlessly marrying blues, country, and heartland soul into his trademark brand of Motor City rock ‘n’ roll. Year after year, new fans discover what longtime fans have always known, the GRAMMY® Award-winning rocker’s extraordinary catalogue is rich with character and passion with Seger’s compelling perspective on the world around him.

Seger is a multi-talented artist, songwriter, producer, and bandleader whose indelible body of work has affirmed his place in the fabric of American song. Inducted to both the Rock & Roll Hall of Fame and the Songwriters Hall of Fame, Seger’s reputation as an artist and songwriter has only grown. His work represents the honest best of what rock & roll can be -- passionate, unpretentious, uplifting and true to itself and its audience.

That’s one of the reasons why Seger’s songs have lasted so well and continue to be so well-loved. Seger has sold over 53 million albums and has earned 13 platinum and 7 multi-platinum RIAA Certified sales awards, including such landmark albums as Beautiful Loser, Live Bullet, Night Moves, Stranger in Town, Against the Wind and Nine Tonight.

Seger’s songs tell stories about characters with whom listeners can readily identify. They are often about people who are trying to find their way through a world that has proven more complex, challenging than they could have imagined. That road is one that Seger has traveled himself, though he has fortunately always proven able to find his way back home. One of Michigan’s finest, he grew up outside the media’s spotlight and soaked up the rock & roll and soul sounds for which Detroit remains famous. Drawing on those sources, he defined a musical voice for the American heartland.

Seger paid his dues for many years trying to break out of the regional scene. He scored a national hit in 1968 with “Ramblin’ Gamblin’ Man,” his Capitol Records debut. But it would be eight long years and nine more albums before he would return to the charts. During those years he toured relentlessly, upwards of 200 dates per year, and released a series of albums which die-hard fans celebrated but failed to break through the national charts. With money running out and diminishing returns from studio efforts, friends and foes alike were questioning whether he would ever make it. As a last-ditch effort Seger composed a group of songs which became his eighth album, Beautiful Loser. The album sold 80,000 copies in Michigan which helped give him a renewed sense of confidence. But it was the album Live Bullet that followed Beautiful Loser that finally brought Seger significant national attention, a double-vinyl-record set that was recorded live in Detroit in 1975 with the Silver Bullet Band. Whatever recognition Seger had garnered to that point was based on two elements: the emotional power of his songs and the intensity of his live shows. Riveting performances of “Travelin’ Man/Beautiful Loser,” “Heavy Music,” “Katmandu,” “Ramblin’ Gamblin’ Man,” and “Turn the Page” combined those two elements on Live Bullet. The album broke and set the stage for Seger’s meteoric rise with Night Moves.

Night Moves, ranks with the likes of American Graffiti, the film that inspired it, in its depiction of the bittersweet passage from adolescence into adulthood. Originally released in 1976, Night Moves was recorded in Detroit with the Silver Bullet Band and in Muscle Shoals, Alabama with the incomparable Muscle Shoals Rhythm Section. The album went on to garner overwhelming critical praise, as well as, the hit singles "Night Moves," "Mainstreet," and "Rock and Roll Never Forgets." It is one of the seminal records from the Seventies, and the fact that “Night Moves” continues to be a radio staple is a testament to how strongly listeners of all ages have felt their lives represented in it.

But Seger was only beginning. The eight studio albums he has recorded since that time have generated a catalogue of songs that have entered the pantheon of contemporary popular music: “Hollywood Nights,” “Still the Same,” “Old Time Rock and Roll,” “We’ve Got Tonight,” “You’ll Accomp’ny Me,” “Against the Wind,” “Her Strut,” “Roll Me Away,” “Like a Rock,” “The Fire Inside,” and more.

Bob Seger’s struggle for recognition may have been fought and won long ago, but the battle to convey his vision precisely as he experiences it within himself goes on unabated. He has expressed the frustrations, hopes and dreams not simply of people like himself, but that he himself has felt. When he sings, you believe it. Not giving up until he’s satisfied that he’s gotten it right fulfills the promise he has made to his fans and to himself.

See ALL OF BOB SEGER'S Songs in the Catalog 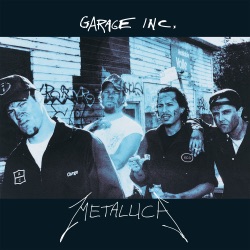 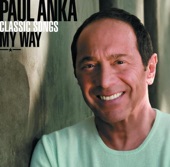