An open mind naturally attracts inspiration. Ziggy Marley remains receptive to the countless muses and magnetic flurries of creativity surrounding him on his musical journey. In 2014, he fully embraced a distinct freedom while working on his fifth solo offering Fly Rasta—whichreceived the 2015 GRAMMY® Award for “Best Reggae Album.” Maintaining that mindset, he went one step further on his 2016 self-titled sixth full-length album out via Tuff Gong Worldwide on May 20, 2016.

“This is a continuation of the Fly Rasta ideology and philosophy,” he explains. “I learned so much during that process. Now, I’m taking this mindset and fulfilling a larger dream. I learned how to be more free and not to hesitate when it comes to exploring musical ideas. There’s a big difference lyrically. With my new record, I wanted to address my feelings about what’s happening outside of myself and in the world, how I see what I see, and solutions I have in mind. It’s very confident and direct. My fingerprint is on it more deeply. The world needs this message.”

In 2015, Ziggy began crafting ideas for what would become his latest body of work in his bedroom and home studio. For the first time, he didn’t discard any ideas; rather he put everything down admitting, “They’re all connected, and it opened up the scope.” Incorporating that spirit of exploration, he began to look outward at the landscape around him. As the globe cries in pain on a daily basis, he wrote about something everyone can relate to.

“This album is about the struggle of humanity,” he goes on. “I’m not singing about my own struggle but that of the human family—which I feel a strong connection to. I found myself emotionally and consciously affected by the plight of our species in general. We’re all family. We can’t let ego be the driver; truth has to be the driver. We have to help each other.”

Diving headfirst into the music, he built the perfect sonic foundation for this message. The first single, “Weekend’s Long,” tempers a timeless reggae beat and island instrumentation with a chantable refrain carried by Ziggy’s instantly recognizable delivery.

“It’s about so many different things,” he says. “It gives reasons why you should laugh instead of cry and why you should live instead of die. Music is a good tool for that. It’s a song of hope and revival for those who are losing hope. If you don’t want to go that deep, you can follow the tune and have fun with it.”

Elsewhere, “Love Is A Rebel” offers up a different kind of call-to-arms. “When I was growing up, rebellion meant violence,” he recalls. “Revolution entailed forcibly and physically overthrowing a government. In this day and age when everything is skewed towards division, love is actually the rebellious thing to do. It isn’t to pick up a gun and fight. Everyone’s doing that. Love is the rebel.”

“Heaven Can’t Take It” provides a vivid perspective, spotlighting Ziggy’s storytelling in the process. “I’m a spiritual person,” he admits. “My father speaks about it more than I do, but we come from the same place, and we’re messengers in this time and age. We’re conduits of higher forces. I wanted to paint a picture that heaven is telling us, ‘Enough killing.’ They’re going crazy up there. Heaven can’t take it anymore. It needs to stop.”

This year, Ziggy chose to introduce the world to his music in a different fashion altogether, premiering two new songs from the album in a recent episode of the CBS hit series Hawaii 5-0. Additionally, he exercises his on screen acting chops for the first time in the same episode, as the character Bones, a recurring role written specifically for him.

“I was reluctant at first because I’m a shy person,” he smiles. “I eventually opened up to the experience. It was a nice break from working on music. I went down to Hawaii. There was a lot of love because Hawaii loves reggae and my family. It gave me an entirely new perspective when I returned to the studio.”

He also found the perfect cross-section between his company Ziggy Marley Organics and the music. The GMO-free product line now boasts the world’s first GMO-free flavored coconut oils and roasted hempseeds. Additionally, Marley plans to release two branded vape pens, a dry leaf device, and a special oil/wax device, which will release in tandem with the new album, in partnership with Colorado’s O.Pen Vape.

Throughout the course of his three-decade career and 16 albums, Ziggy has built a music legacy worthy of his legendary family name. With seven GRAMMY® Awards and an EMMY® to his credit, the humanitarian, singer, songwriter, and producer continually progresses at every turn. Ziggy’s musical history dates back to ten-years-old when he would watch his father Bob Marley record in the studio. His eight-album catalog with the Melody Makers encompasses three GRAMMY® Awards, countless sold out shows, and anthems including “Look Who’s Dancing,” “Tomorrow People,” and “Conscious Party.” Since making his solo debut in 2003, he received the GRAMMY® Award for “Best Reggae Album” in 2006, 2012, and 2015 in addition to the Award for “Best Children’s Album” in 2011 recognizing his first children’s album Family Time. That same year, he released his graphic novel debut, MARIJUANAMAN. In 2012, he launched Ziggy Marley Organics, which quickly became a leader in GMO-free coconut oils and hemp seed snacks available in 1000 stores. 2013 saw him achieve a Daytime EMMY® Award for “I Love You Too” and release a children’s book of the same name.

As he embarks on a world tour in support of Ziggy Marley, he brings his message directly to the people.

“Everything happens when it’s meant to happen,” he leaves off. “That’s how my career has been since the beginning. Each project is inspired. There are metaphysical and universal things at work in all of our lives. It’s natural and organic. This album is another one of those moments. The message came to me. It’s here at the right time, and I’m ready to share it.” 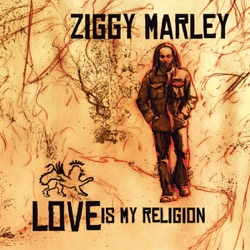 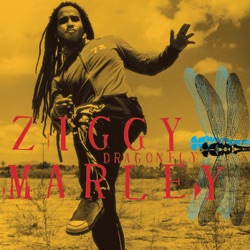 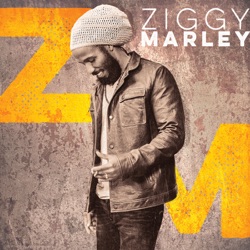